Over the July 4th weekend in 2015, six people died, two NFL players lost fingers and a teen lost a hand and injured his eye from fireworks. According to the Consumer Product Safety Commission (CPSC), in 2014, the most injured body parts from fireworks were as follows: 36% Hands and fingers 19% Eyes 19% Heads, faces and […] 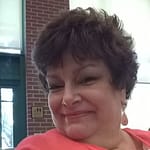